Sgt. Major Christian Fleetwood, Medal of Honor recipient in the American Civil War for having "Saved the regimental colors after eleven of the twelve color guards had been shot down around it." Sgt. Major was the top rank allowed to a colored soldier at that time. (Photo: Unidentified photographer - Library of Congress exhibit/via Wikimedia commons) 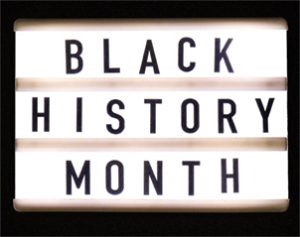 Educated and ambitious are terms most historians use to describe Christian Abraham Fleetwood, born free and Black in Baltimore in 1840.

History, however, has cemented this relatively unknown Civil War hero as valiant.

He was assigned to the 4th U.S. Colored Infantry and quickly rose to the rank of sergeant major. “About a year later, he would earn the Medal of Honor,” Defense Department archives noted.

On Sept. 29, 1864, Fleetwood’s infantry fought near Chaffins Farm, a large open bluff between Richmond, Virginia, and the James River.

“During the battle, Union soldiers overwhelmed defenders inside Fort Harrison and captured the strategic area of New Market Heights, where Fleetwood’s brigade was sent to fight,” Defense Department historians wrote.

“At first, they were repelled, but they were eventually able to take the hill with the help of reinforcements. During the fight, two flag bearers from Fleetwood’s unit were shot. While one soldier picked up the regimental colors, Fleetwood picked up the U.S. flag. According to the Medal of Honor citation, Fleetwood’ bore them [the flag, or ‘colors’] nobly through the fight.’”

He was 23 and the highest-ranking Black man to commit actions that would earn him the Medal of Honor.

Born in Baltimore to Charles and Ann Maria Fleetwood, both of whom were free African Americans, Fleetwood was first educated in the home of his father’s employer, sugar merchant John C. Brune.

According to the Library of Congress, Fleetwood was honorably discharged from the U.S. Army in 1866 and settled in Washington, D.C., where he was employed by the federal and district governments and was active in musical organizations and as a battalion commander with the D.C. National Guard.

“Christian Fleetwood became an icon for a lot of African-Americans and for a lot of white folks in the United States because he achieved so much,” Glenn T. Johnston, Ph.D., chair of Steven University’s humanities and public history department, told WBAL-TV in a 2019 interview.

As did other African American soldiers, Fleetwood achieved a lot, yet they remain relatively unknown, Johnston stated.

“I believe we have decades, if not over a century of historians who chose not to pay much attention to that.”

Fed signals readiness to do more for economy as virus rages